Belarusian sprinter Kristina Timanovskaya received a humanitarian visa from Poland on Monday, hours after she refused to board a flight out of Japan saying she was being forced to return to her native country against her will and that she feared arrest.

Poland’s Deputy Minister for Foreign Affairs, Marcin Przydacz, announced on Twitter that Timanovskaya had been granted the visa. “Poland will do whatever is necessary to help her to continue her sporting career. (Poland) always stands for solidarity,” he posted.

He later told Reuters that the 24-year-old Olympic athlete was planning on traveling to Poland in the following days. “According to her decision, that’s what our consul heard in Tokyo, she’s planning to come to Poland in days to come to be here in Warsaw. And if she would like… she is free to pursue her sporting career in Poland,” Przydacz said.

Earlier Monday, Reuters reported that Timanovskaya had been seen entering the Polish embassy.

Timanovskaya was set to compete in the women’s 200 meters at the Tokyo Olympics on Monday but said representatives of the Belarus national team tried to forcibly send her back to her home country after she criticized national sporting authorities for entering her into the 4×400 meter relay without her consent.

Team officials came to the Olympic Village on Sunday afternoon and asked her to “pack her belongings as a decision had been made for her to return to Minsk,” said Anatol Kotau, of the Belarus Sports Solidarity Foundation, which represents athletes repressed by Belarusian authorities, and who is in direct contact with Timanovskaya.

The Belarus Embassy in Tokyo said in a statement on Monday that Belarusian diplomats arrived at the airport on Sunday to “clarify the circumstances” and provide “possible consular and legal assistance if necessary,” but were unable to obtain any information about Timanovskaya from Japanese representatives. The statement added that the athlete has not been in contact with the embassy. 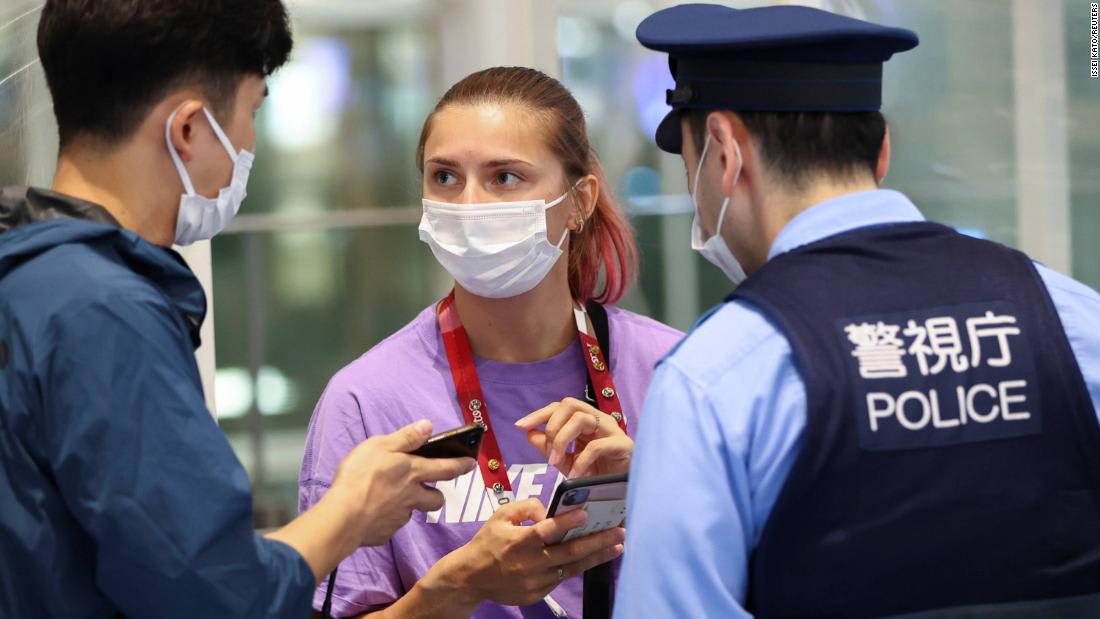