President Joe Biden said Monday that he expects the US will soon be able to vaccinate 1.5 million people a day, raising the bar by roughly 500,000 more vaccinations than its target of 1 million per day in his first 100 days in office. He said that the US could surpass that initial target in about three weeks.

“I’m quite confident that we will be in a position within the next three weeks or so to be vaccinating people at the range of 1 million a day or in excess of that,” he told reporters, clarifying that he was referring to 100 million shots, not necessarily 100 million people, since some of the vaccines require more than one shot.

Biden said the key factors in ramping up vaccinations are having enough vaccine, having enough syringes and other necessary equipment and having enough people administering them. He said his administration is working to produce additional vaccinators — people who can administer the vaccine.

“I think with the grace of God, the goodwill of the neighbor and the creek not rising, as the old saying goes, I think we may be able to get that to 1.5 million a day, rather than 1 million a day,” he said.

Scaling up: Biden’s announcement came the same day that officials for Pfizer and Moderna said it will take time to scale up manufacturing for their vaccines.

Moderna President Dr. Stephen Hoge relayed that vaccine makers have an obligation to maintain quality and consistency as they scale up capacity.

“That’s the frustrating thing about scaling up,” Hoge said.

The increase in vaccinations will not necessarily move the target timeline for getting vaccines to anyone in the US who wants one.

The President said that he thinks anyone who wants a vaccine will be able to get it by this spring, a target date similar to one set under the Trump administration. 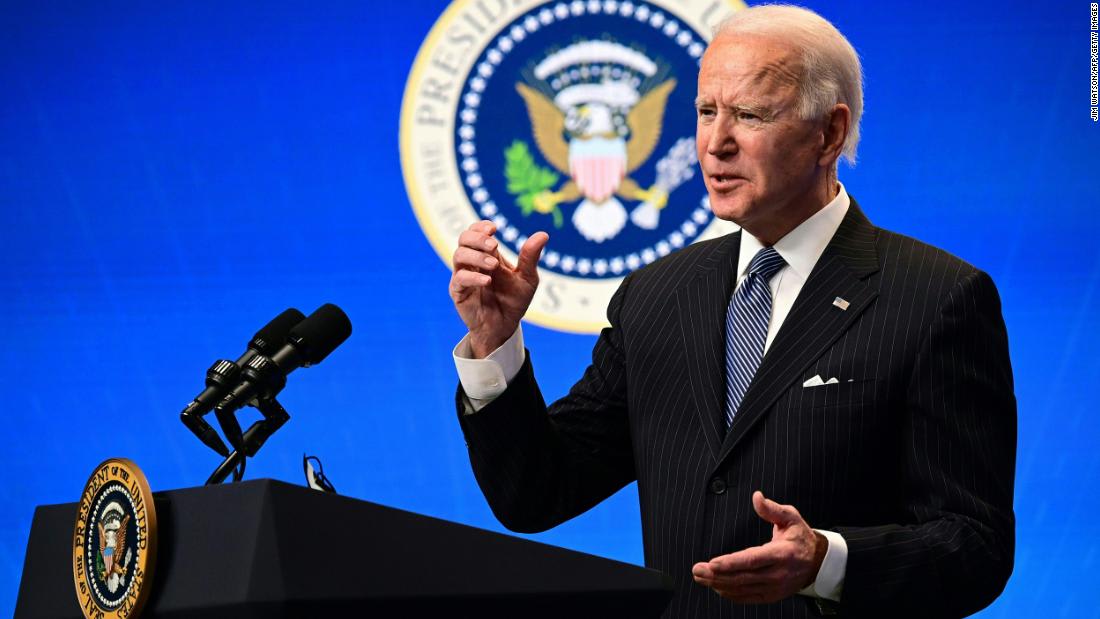