Two young men work side-by-side in a butcher’s shop. They live in the same teeming and densely packed town. One is fortunate — he’s eligible to get an Israeli Covid-19 vaccination. The other isn’t.

Both are Palestinian residents of Kafr ‘Aqab, a finger of territory that under Israeli law is part of greater Jerusalem, but under international law is considered illegally annexed territory, following its capture from Jordan in 1967.

Mahmoud Oudeh, like thousands of other residents of the town, has a Palestinian identity document. His friend Anan abu Aishe has an Israeli ID, which defines him as a permanent resident of east Jerusalem. This entitles him to join Israel’s world-leading vaccination campaign, which is on course to meet the government’s target of inoculating the entire country by the end of March.

But at least 4.5 million Palestinians living on the West Bank and in Gaza are being left behind. So far none have had the injections, and most are unlikely to get them any time soon — because there is no Covid-19 vaccination campaign in the Palestinian territories.

So, if Anan gets the vaccine and continues alongside his friend, slicing and selling meat from the goat and cow carcasses swinging from hooks in the shop, he says he’d feel guilty.

“Half of the people here cannot take it so I’m also not going to take it, why would I take it when they cannot? I won’t,” he told CNN.
“It’s racist,” Mahmoud added.

According to United Nations experts, a policy of immunization that differentiates between those with Israeli IDs, and those without, is “unacceptable.”

The UN expert report says that Israel is the occupying power in and over Gaza and the West Bank, and has been since 1967, and is thereby ultimately responsible for the healthcare of those living under occupation.

According to the experts’ report, published by the UN’s Office High Commissioner for Human Rights, Israel should extend its vaccination campaign to all Palestinians in Gaza and the West Bank. 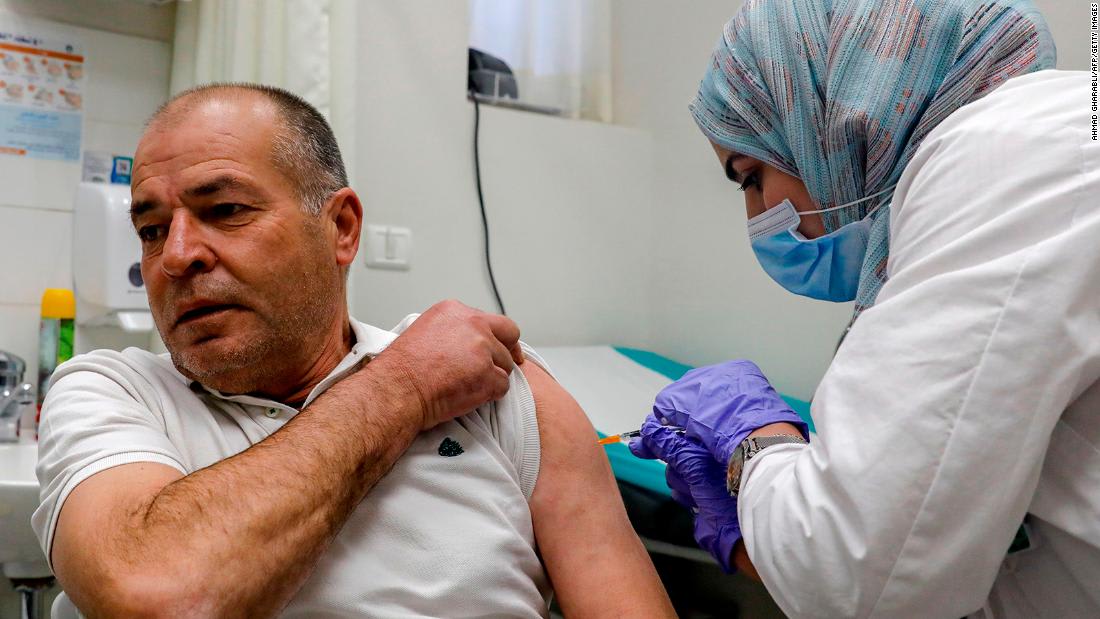